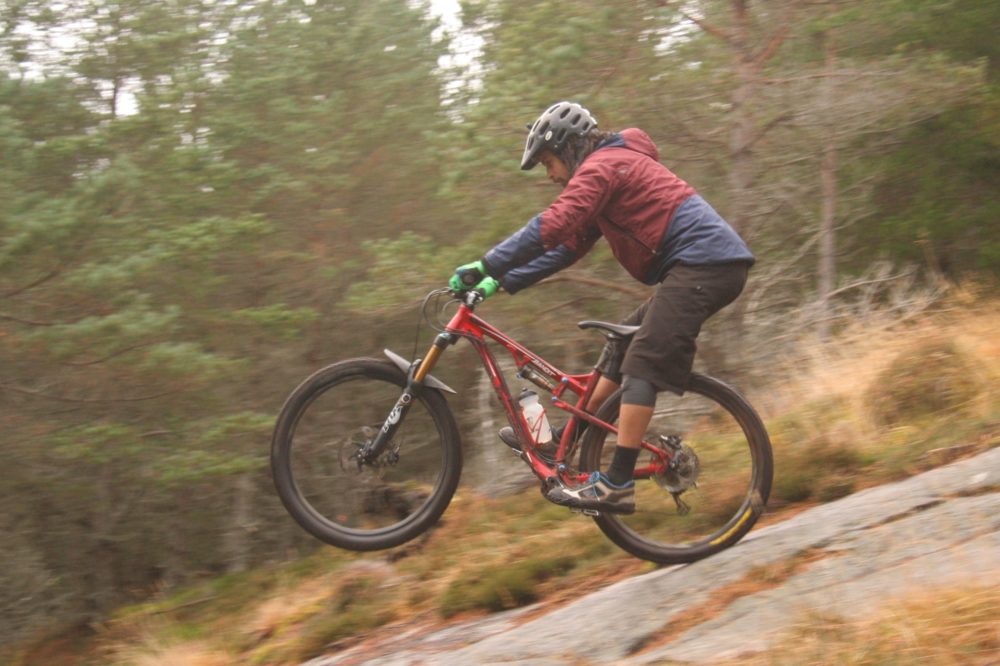 How I ended up with the jacket…

As you can imagine, a hardy waterproof jacket is essential for year round cycling in Scotland. I have always been a ‘hardshell’ kinda guy, layering up underneath when it’s chilly or just a jersey and jacket when the temperatures are creeping up. This system works fairly well for me, the only times I really find it faffy are stopping after a descent climb to put an additional layer on. The condensation that builds up inside the jacket is enough to make putting the jacket back on over a mid-layer sticky and messy, it also means that the mid-layer has to go into the already over worked washing machine when I get home as its acted like a giant sponge mopping up all the stinky nastiness culminating on the inside of my shell. I’ve yet to come across a hardshell jacket, no matter how many venting options, that hasn’t ‘fogged up’ on the inside.

Jen has always been an advocate of the Paramo system. I was definitely intrigued however the Paramo sizing/styling has never fitted my body shape being wide and short with stubby arms. I have abnormally long arms, so if I wanted them covered (I do) I’d be wearing an XL which meant I could fit my whole extended family in the body, which only hinders travel in the mountains… That was until recently when Paramo have had a big re-vamp in the way they cut their jackets, their new cut is much more ‘active’ with less material around the torso and longer arms meaning a Medium jacket fits me like a glove! The front of the jacket sits quite high and it has a decent dipped tail which means it suits biking just fine, covering everything that needs covered without extra material that gets snagged on saddles and shifters…

How I’ve got on living with the Velez...

The jacket continues Paramo’s legacy of running on the warm side. Through the autumn and beginning of winter, this hasn’t been a real issue as I can go ride in just a jersey and the jacket with no other layers needed and manage my temperature just fine. I’ve yet to have the jacket over the summer but I imagine it’ll be left at home for a cooler, lighter jacket.

Speaking of weight the Velez is a fairly portly chap, my medium weighs in at 640g. Although this may seem like a lot of extra weight to be carrying around in your bag the weight isn’t noticeable when wearing. This is probably due to the use of heavier materials over the chest and upper torso and lighter thinner layers on the arms and lower torso. Another reason for not wanting to stow it in the bag is its size. It’s not exactly a small jacket and it takes up a fair amount of valuable backpack real estate.

Although the jacket does run warm, it deals with moisture incredibly well. In fact I’d go as far as saying it’s by far the best waterproof jacket I’ve used in terms of moisture management. The inner material (that adds to the warmth) is phenomenal at removing sweat leaving the insides drier feeling than any jacket I have ever used. To aid with the removal of extra heat are 4 well positioned vents, two on the torso that double as pockets (but have an extra set of zips so you can vent without losing all your worldly possessions from your pockets) and two on the bicep area of the upper arm. This second pair of vents are ideally placed for us mountain bikers letting a nice breeze into the jacket when you have a bit of speed.

It amazes me that some manufactures still produce pockets that sit where rucksack waist straps lie. Paramo have thankfully moved the pockets higher so they run from approx. armpit level down to belly button height. They’re (just) big enough for an OS map and cosy warm if you need to get some heat back into your fingers prior to wriggling them back into a pair of damp gloves.

Moving up the jacket the hood deserves a quick mention. I am a big fan of a proper hood that can quickly be yanked up over a helmet for really heavy downpours. There is enough adjustment to not only fit the hood snug enough to stop it blowing down when you begin descending but to also keep the edges back far enough so that it doesn’t interfere with your peripheral vision.

Personally I’ve only heard good things about Paramo’s ‘Nikwax’ waterproof-ness (mainly from Jen) but have heard rumours that some folk believe its basically pants. I’ve found it to be on par with other similar priced jackets, it’ll stay dry and bead well for a while but when it wets out you will get damp. However, and it’s a sizeable however, I’ve found that the Velez stays warm when wet and dries really quickly if you keep moving and generating heat.

Could it be done better?

In my opinion there are a couple of small things I’d like to see done to improve the jacket. Firstly, and this is likely just a personal thing, but I’d like to see a little extra length on the outside of the sleeve. Don’t get me wrong, the sleeve length is good for a medium as I often find I have to go to a Large or even XL to get the right length for my ape-like arms. But, a small touch of extra detailing on the outside of the arms covers gloves/hands that bit extra whilst your thumb and index finger remain free to brake and hold on without any extra material getting in the way. The other minor change, and again likely just a personal one, is an additional vent on the forearm, just to aid a bit of through flow of air and help manage temps that little extra.

I am also not a fan of the two-way zip – it overcomplicates the jacket and can be fiddly to do up. I can see climbing specific belay jackets needing a two-way zip but on a multipurpose offering like this, it just seems unnecessary, unless you are a fan of unzipping the bottom half of your jacket and pretending you’re superman on windy days?

All in all the Velez has been a great jacket and going by Paramo’s reputation, it’ll remain a great jacket for many years to come. It’s been wonderful for the chilly autumn days and the sleety start to winter but I believe it’ll be left abandoned on the coat rack in favour of a lighter, cooler, more packable jacket come summertime. 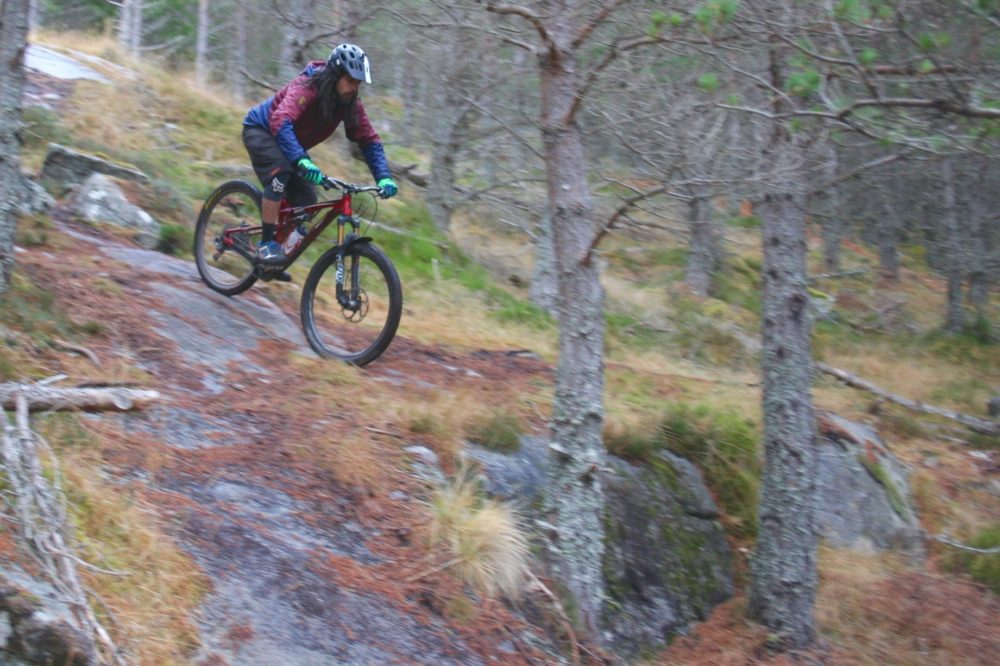